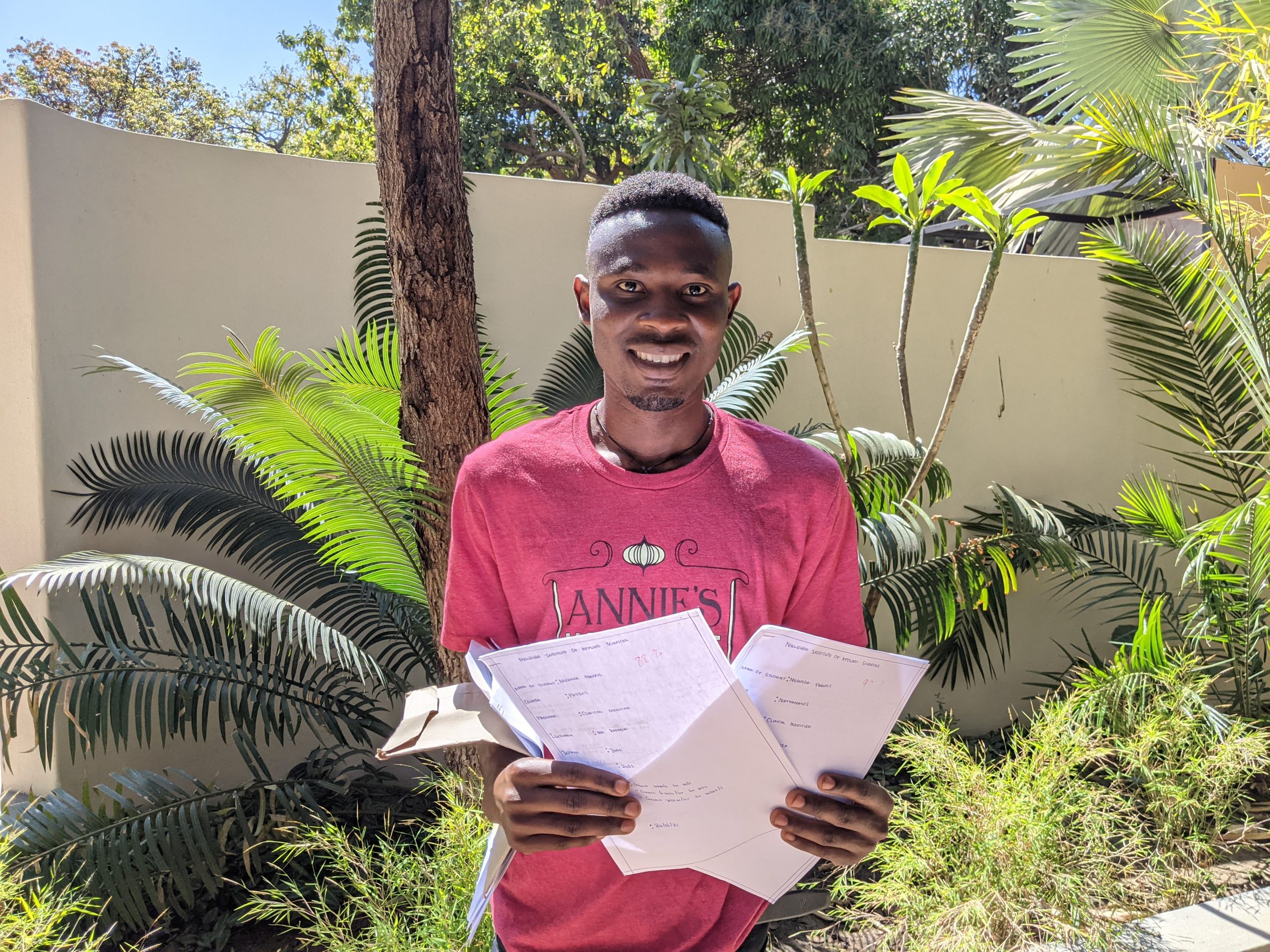 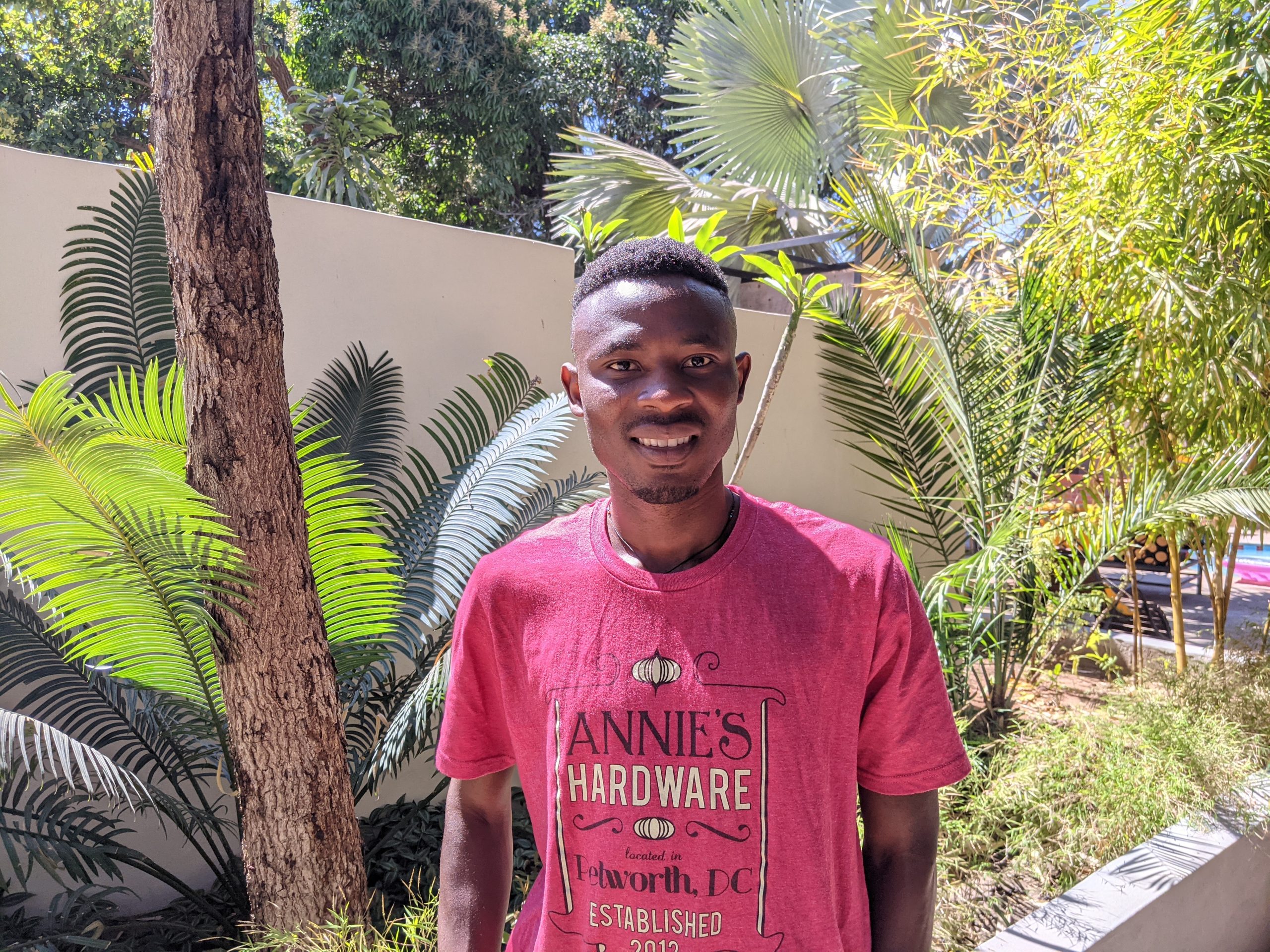 “I think I never had enough funds to take myself to school, my parents didn’t have money to take me to school, but this organisation thought of my potential.”

In Zambia, only 4% of young people that complete secondary school go on to higher education. In our long standing Sponsor a Child initiative we’re supporting young people through their school years, but with Sponsor a Future, we are now able to expand their opportunities after they finish school.

The other day I was grateful to meet Francis, a previous beneficiary for Sponsor a Child, and now part of the Sponsor a Future project, and sit down with him for a chat about his experiences. Livingstone is where Francis grew up and went to school, but he now resides about 7 hours away in Lusaka, where he is currently studying a degree in Clinical Engineering. Livingstone is the base for the Foundations’ Zambia projects, so it is my home also for the next couple of months. I’m lucky to have caught him- next week he will return to Lusaka to continue his first year of his studies, after the lockdown in Zambia had prevented the university from teaching for a couple of months. Today he’s popped into the Foundation office to show his report cards to the team before he goes back. He shows me the papers with his work, the content of which I have no chance of understanding, but what I do understand is the 85% and 95% scribbled on the top with red marker. He shrugs at my excitement that he’s doing so well, but he smiles at me proudly when I ask to take a picture of him with his scores.

Francis has been supported by the sponsorship program starting in grade 10, as his family were struggling to pay his school fees; “I think I never had enough funds to take myself to school, my parents didn’t have money to take me to school, but this organisation thought of my potential.” His teacher had heard about the program, and after realising Francis’ situation she brought him to the Foundations’ attention. He’s been on the sponsorship all the way through the rest of his secondary school, through college, and now university. About his funding, he says “I have no idea if I could have managed to go to the university without this Foundation, so I think it’s very useful”. Although Francis impressively earned himself a full scholarship for his university fees, the Foundation pays for his accommodation and other fees which makes it possible for him to attend.

“He shrugs at my excitement that he’s doing so well”

It’s not all easy though, Francis explains that he’s not used to this “new kind of online learning” and doing group work at university means sometimes he has to organise travel to meet his group which is tough. Also, for the first time Francis is living away from home, which comes with its own set of challenges – when I ask him about having to cook for himself, he laughs and says, “The first time it was something else, because I didn’t enjoy cooking… but we’re helping each other with my friend”. I ask him what his favourite part of going to university is, and he replies quickly with “watching movies”.

“Watching movies?!” I laugh, confused. I can’t imagine there’s many movies in clinical engineering. He explains, “Sometimes, when I’m done with school stuff, the best thing I can do is watch a movie then going around, because in Lusaka when you start going around off campus, you end up finding a bad situation. When I’m done with assignments then after that I watch movies”. Understanding now, I start to appreciate the mindset Francis has about staying out of trouble to excel in his studies. He’s currently watching a marvel series ‘The Gifted’, which I agree is a great escape. 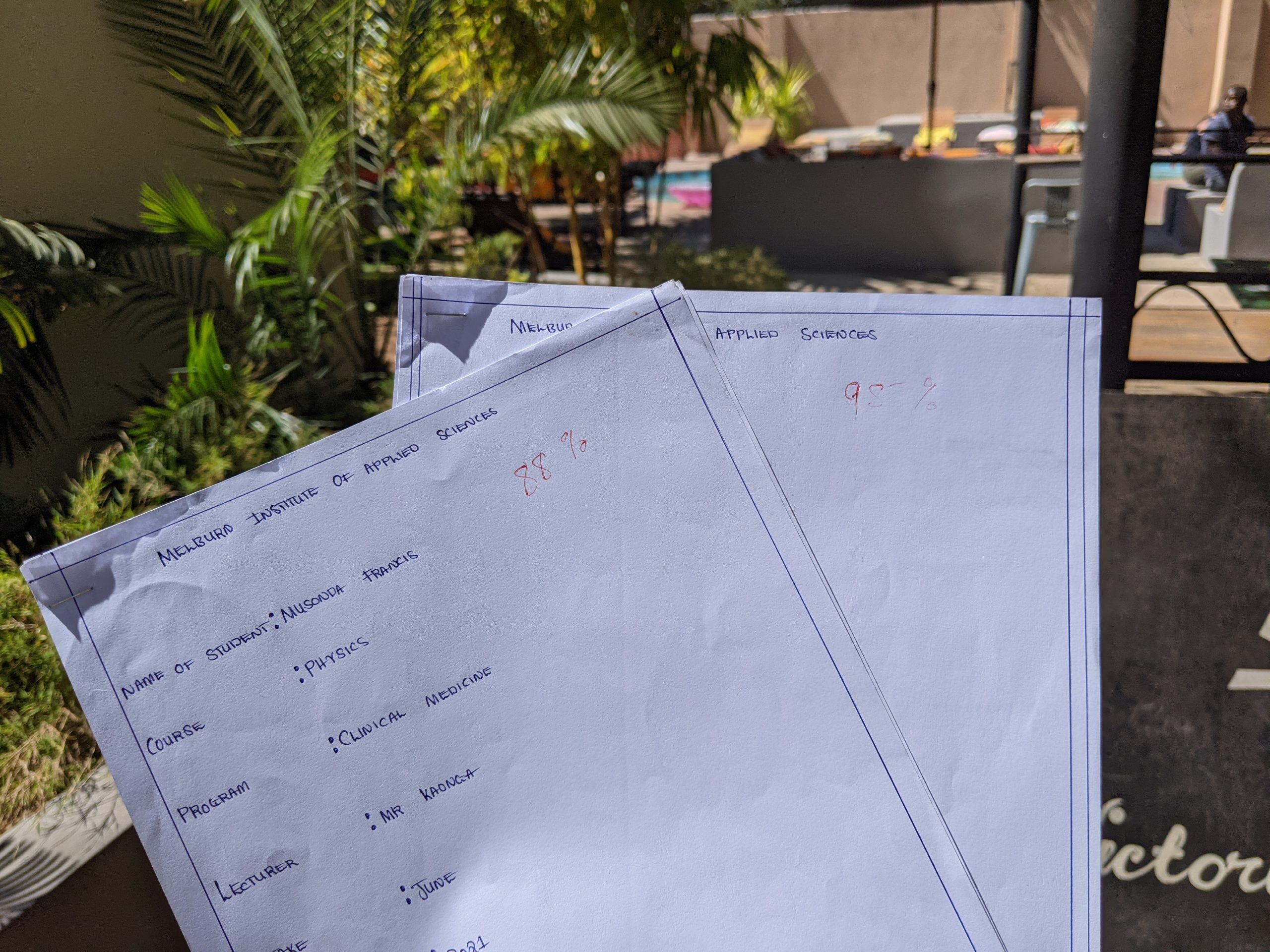 Despite the challenges, and besides the movies, it’s clear Francis works hard and has chosen his course well, “it has been my dream to do my career, so I’m really enjoying it”. Which is important to him, so he can stay motivated – “my prayer was to go with the things that I like most, so I don’t disappoint the people who are paying for me, I really wanted to go with something that I really like”. He also has big dreams for the future – he wants to work in the medical field and become a doctor, which he thinks he will enjoy as he will be able to help people

Francis has just over three years left of his course in Lusaka, and I have no doubt he’s going to ace it. This year we have many students in Sponsor a Child finishing their secondary education and thinking about what the future holds for them.

Find out more about sponsoring a future, here

Disrupt the cycle of poverty with African Impact Foundation